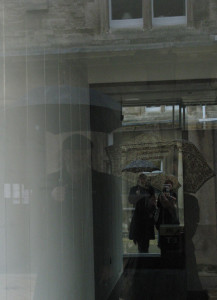 Raisin & Willow is the creative collaboration of composer, writer and director Jonathan Raisin, and artist, writer and performer Elizabeth Willow. We are based in Liverpool, and began working together in 2009.

Our first project together, Making Time, involved creating a garden, a year-long performance during which ground was dug and seeds planted. As our practice evolves, it is becoming more and more concerned with place and people’s relationship with place. At the moment we are working on Sea Breeze, exploring a Victorian theatre beside the sea.

An important part of our work is the research: being somewhere, following paths, making maps, getting lost and finding things. We spend a lot of time in libraries and museums, walking in side streets, talking to people, focussing on detail, seeking out stories and forgotten memories; attempting to find the elusive, defining character of a place or setting.

From this, we make work that explores ways of telling a story, of being ‘site-specific’ and still universal, encompassing the epic and the intimate. Increasingly this work uses writing as a starting point, creating texts from which we might make artists’ books, installations or performance.

Jonathan Raisin is a composer, writer and project director. During the 1990’s he was artistic director of the multi-media performance company, HUB, whose work toured nationally and included Learning to Fly and The Starving Brides. As composer for The Starving Brides, Jonathan’s work was described by Lyn Gardner for the Guardian as having “…all the bewitchment of the sea, a mermaid’s dangerous lullaby that calls you to walk out of your depth into the waves.” Subsequently he has worked as a performing musician, as composer for dance/theatre performance, and as a project creator and music promoter. Recent projects include The Rightful Owners of the Song with the Royal Liverpool Philharmonic Orchestra and local pub singers, commissioned by Liverpool Capital of Culture; Connected, a music and story-telling performance project with FACT, exploring changes in communications and technology; and the ongoing Lost Voices, a monthly platform for unconventional and experimental music. 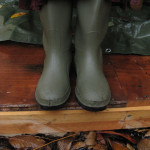 Elizabeth Willow is a fine artist, whose work uses sculpture, installation, artist’s books and performance to find meaning and tell stories, exploring our relationships with materials, objects and places. Her practice is increasingly site-specific, and she has exhibited and performed in woods, rainy streets and falling-down houses; in the Williamson Tunnels, a labyrinth beneath the streets of Liverpool, and at Edge Hill Station, the world’s first passenger railway station; and also in several art galleries and museums. Elizabeth’s work has been shown nationally and internationally, and pieces are held in private and public collections, including the Centre for Fine Print Research and Tate Britain. In 2009, she was shortlisted for the Liverpool Art Prize, and was awarded the People’s Choice Prize, chosen by the public.