How might a performance last an entire year? How do we mark time and how does it mark us? How do we document time? How can we make the time to make art? 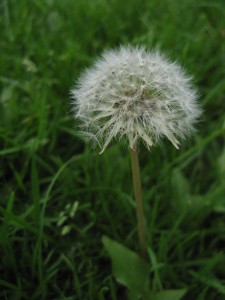 Making Time was commisisoned by the Nuffield Theatre at Lancaster University (now Live at LICA), to explore ideas of time and endurance; performance and presence, within the framework of one year. In response to this brief we decided to create a garden in the heart of the concrete university campus. We had not gardened before. We had not made a show like this before.

We entered our garden at noon on the first day and we left at noon exactly 12 months later. In between we came and went, sometimes present, sometimes absent, but throughout the year the project occupied much of our thoughts. We occupied a shady, neglected space outside the theatre and gallery and began. We had a shed with a piano and a pergola for climbing plants. We were present for 60 days during the year and, though we hosted some open days and musical events, it was our labours, our simple presence, that constituted the performance. The garden was broadcast on a webcam and we wrote occasional newsletters printed on brown paper. Sometimes people stopped to chat; sometimes people simply  stood and stared. In our absence the garden also grew and changed. And when the year was up, we left.

As well as its continuing existence as a new ‘space’ in the fabric of the university campus, we created a number of legacies to the project.

In 2011 we co-hosted a Making Time symposium at Lancaster University and co-curated the Time Pieces exhibition at the Peter Scott Gallery. Accompanying the exhibition we also created the Gathering Time archive.

Our own written reflections on the project, and a set of drawings, formed the basis for a limited edition artists’ book, Making Time (Lancaster University Publications, 2011).